Below is a summary of our International Horses to date: 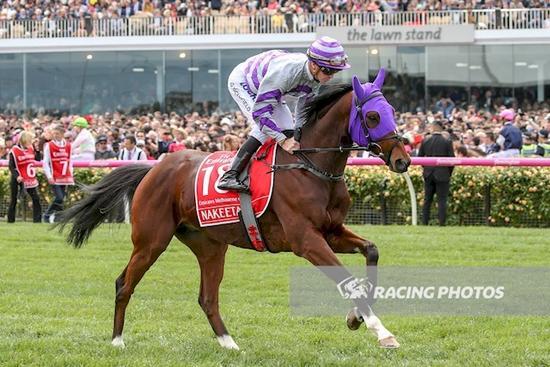 Finishing fifth to Rekindling in 2017 Melbourne Cup, Australian Thoroughbred Bloodstock negotiated a deal with to secure a half share in the stayer. Nakeeta is expected to return for another Flemington tilt in November 2018. Trainer Scot Iain Jardine will again target the Ebor at York in August, when a final Melbourne Cup decision would be likely. 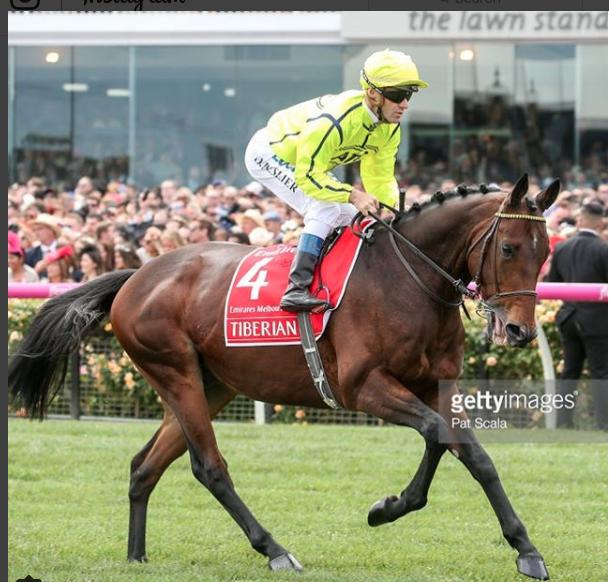 In December 2016 we obtained shares in French galloper, Tiberian trained by Alain Couetil and finished a gallant 7th in the 2017 Emirates Melbourne Cup, with star European jockey, Olivier Peslier riding. Tiberian now heads to Hong Kong where he has been invited to run in the International Vase over 2400m on December 10th. 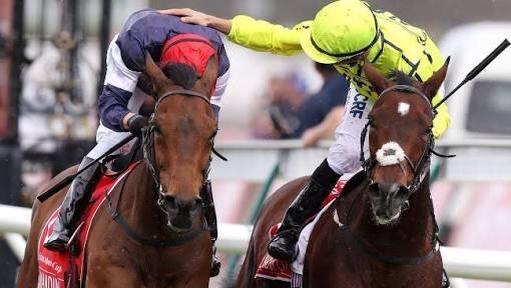 In 2016 we obtained shares in Irish galloper, Heartbreak City trained by Tony Martin and went within a head of winning the 2016 Emirates Melbourne Cup, finishing 2nd with star jockey, Joao Moreira riding. It was breath-taking stuff, the closest we have been to collecting racing's holy grail. 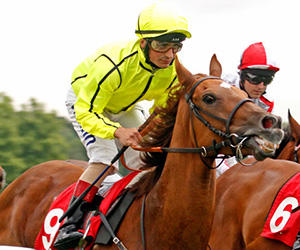 In February 2014, we purchased a controlling interest in European Group One winner Seismos to contest the Caulfield and Melbourne Cups that Spring. Seismos won at Neuss in Germany at his first start for Australian Thoroughbred Bloodstock and competed on Dubai World Cup night for his new and current owners, with then trainer, Andreas Wohler in Germany. 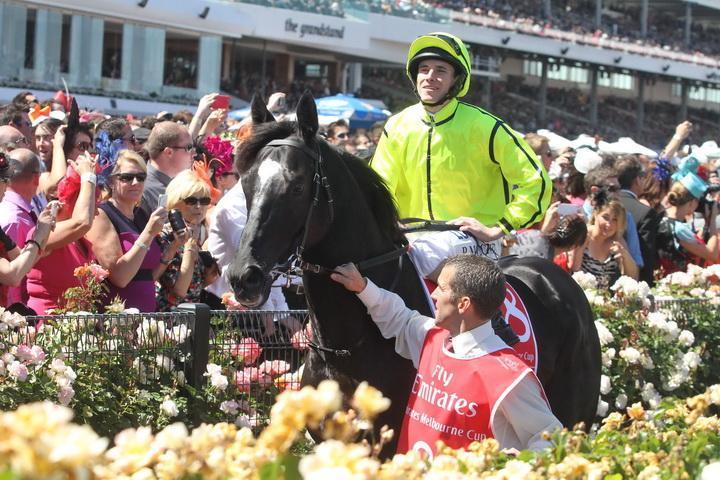 In February 2013, we purchased promising stayer Dandino who has been competitive in top class company over the past three seasons. He has similar form to Jakkalberry when we bought him last year and Marco Botti believes that he is an ideal candidate for this year’s Melbourne Cup.

Dandino has had four starts for ATB for one win and three placings and over $675,000 in prizemoney.

His first ATB outing was 2nd in the Gr2 Jockey Club Stakes at Newmarket in May and he then finished runner-up in the Gr2 Hardwicke Stakes at Royal Ascot in June. Dandino then travelled to Chicago in the United States to win the 2013 American St Leger before travelling to Australia to finish runner-up in the Gr1 Caulfield Cup. He will follow a similar path to the Melbourne Cup as Jakkalberry did last year. 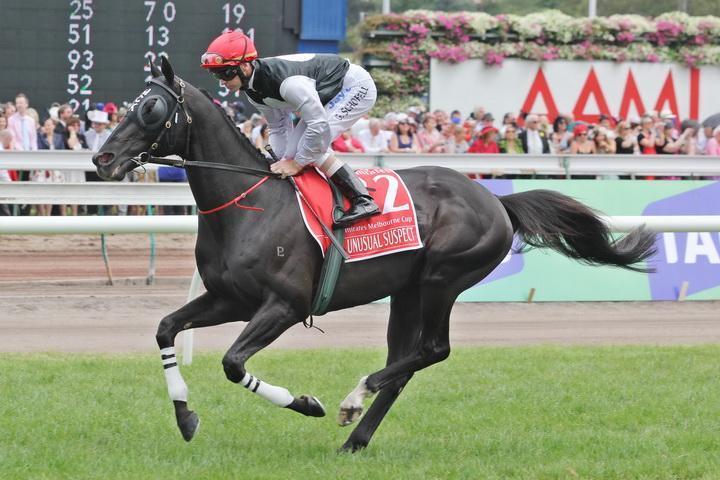 In 2011, we purchased Unusual Suspect who ran a great and luckless 9th in the 2011 Melbourne Cup, beaten 3.8 lengths. He then campaigned in Dubai in March 2012 before returning to Melbourne to run in the 2012 Melbourne & Sandown Cups, running a fast finishing 3rd in the latter.

He went on to win the 2012 Werribee Cup for us before being retired to stud in early 2013 due to injury. 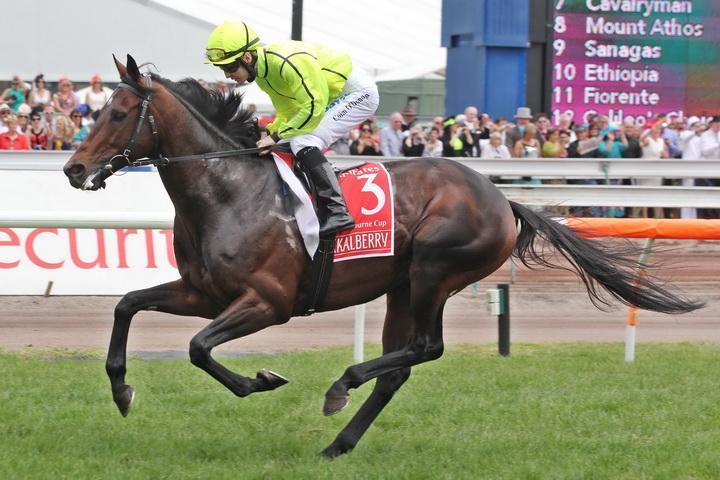 In February 2012, we purchased Jakkalberry and he has since ran 3rd in the Group 1 Sheema Classic in Dubai, ran 5th in the Group 2 Hardwicke Stakes at Royal Ascot, before travelling to Chicago in the US to win the 2012 American St Leger.

He then finished 3rd in the 2012 Melbourne Cup in a fantastic result for all involved before returning the following autumn to win the Gr2 Dubai City of Gold at Meydan in Dubai. 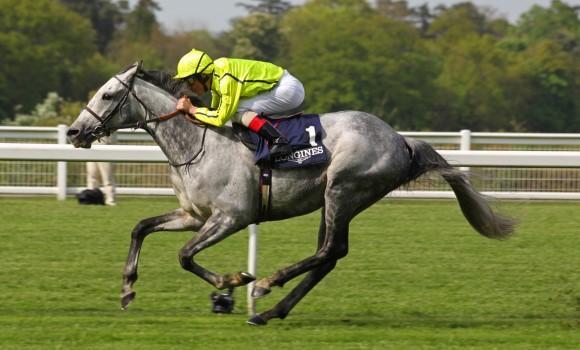 In July 2012, we purchased French star Tac De Boistron who campaigned in Australia for the 2012 Geelong & Melbourne Cups under the guidance of Cranbourne trainer Michael Kent. Tac De Boistron returned to the UK earlier this year to be trained by Marco Botti in search of his preferred wet tracks. He won at Group 1 level in France in October this year when a big 5 length winner of the Prix Royal-Oak at Longchamp. 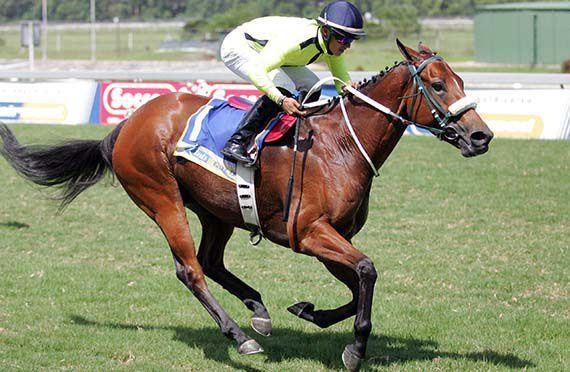 In September 2012, we purchased Group 1 winning South African mare Chocolicious who continued racing in that country under trainer Herman Brown and won at just her 2nd start for us, winning by 3.5L at Clairwood on December 26th 2012.

She is now in the UK where she was mated with unbeaten champion Frankel in September this year. 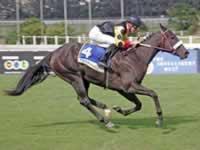 In January 2013, we purchased lightly raced and very promising South African filly Counter Ridge who has won 3 times from her first 7 starts and finished 4th twice in group races. She is a quality sprinting mare with big upside.

Her first run for ATB resulted in a 4th placing at Clairwood on March 3rd 2013.

She will continue to race in South Africa in the hands of Mike de Kock and will be targeted for black type races.