Firehouse Rock Gets Ready To Rumble!! 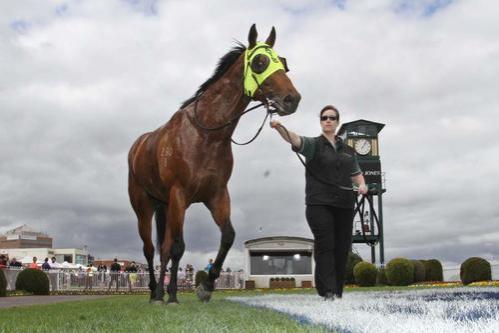 In form training partnership David Hayes and Tom Dabernig took Firehouse Rock to Caulfield having had two starts for a second and third respectively. Having shown great potential in his first two starts Australian Thoroughbred Bloodstock and fellow owners held great hope for Firehouse Rock against a hot field.

Firehouse Rock went into The Inglis Ready2Race Sale Bonus jumping from barrier 7 with Nicholas Hall on board. The race was worth $80k with bonuses of $23k for Super VOBIS and a whopping $100k from Inglis for as part of their Bonus scheme.

The son of Fastnet Rock flew out of the gates and as was pre race plan, Nick rode him in a forward position. He settled the colt in the one out one back position and at the 1000m mark the boy was relaxed and rolling along. Coming into the turn Nick peeled out four wide and went for home. At the 200m Firehouse Rock was head and head with Hawking and Berning Desire then at the 50m he hit the front. Rocky went on to win by 0.1L.