Lonhspresso Jets Out For Group One Tatts Tiara 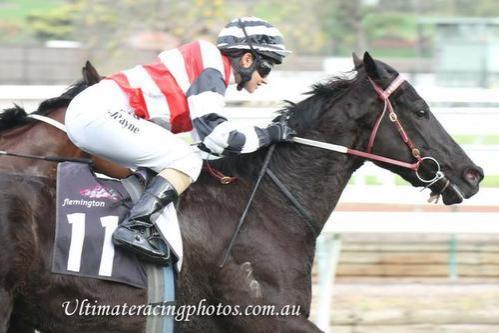 Lonhspresso jetted off on Tuesday June 17 and headed to Brisbane all set to compete in the the Group One Tatts Tiara for fillies and mares over 1400m at Eagle Farm this Saturday. A weight for age race Lonhsprersso will be carrying 57kg with Ben Melham to ride.

Trainer Darren Weir had "Simple" as she's known around the stable, complete her final piece of galloping work at Warrnambool on Tuesday morning on a heavy ground. Ben was pleased with her efforts.

She heads into this Group One race with three races under her girth for this preparation, a first up fourth to General Peekay at Flemington, a win at Flemington in the Listed Straight Six and more recently a second at Swan Hill in The Golden Topaz.

Lonhspresso has had only 11 starts, she is a multiple Black Type winner, and has won her owners just under $325,000. She is a super little mare with a big heart and we wish fellow owners in Bungan Street Thoroughbreds all the very best in the big race!