Ticket To Toorak, Host Me & Falago make it three winners for the week for ATB 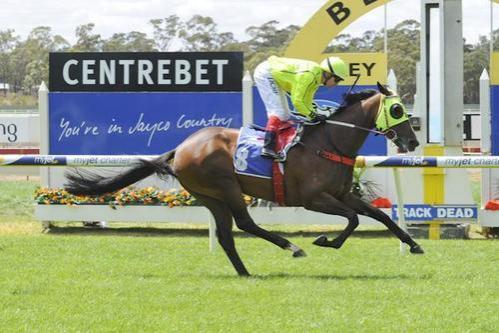 It’s been a big couple of months for Australian Thoroughbred Bloodstock and Ticket Tot Toorak, Host Me and Falago made it a week to remember with exciting wins at Geelong, Bendigo & Canterbury.

First cab off the rank was Northern Meteor gelding Ticket To Toorak who scored a tough win in the Network Drilling Geelong Showcase BM70 Handicap (1140m) at Geelong on Sunday 16th February 2014.

Jockey Jamie Mott had the 3yo handily placed from his wide gate and after surging to the lead early in the straight, he was headed momentarily, before fighting back strongly in the run to the line to score a stylish victory.

Trainer Matthew Williams was excited for the huge contingent of owners who were on hand for the win and made plenty of noise in the mounting yard.

“That was a tough win wasn’t it and great ride by Jamie Mott,” Williams said.

“We made the decision to geld him after his last campaign and he’s now won two races from four starts this time in.”

“He may head to Moonee Valley now to take on the older horses so we can test him at that level.”

Ticket To Toorak backed up to run 5th at Moonee Valley against the older horses and has now had 12 starts for 3 wins and 3 placings and prizemoney earnings of $94,210.

ATB’s second winner for the week was on Thursday 20th February when consistent Darren Weir trained mare Host Me smashed her rivals by 6.5 lengths in the  Stramit Maiden Plate (2400m) at Bendigo to claim her maiden victory.

Dean Yendall rode the 4yo and when he let her go at the 200m mark she quickly put a space on them before going on to a most impressive win.

Host Me’s record is now 10 starts for one win and 5 placings with $34,670 in prizemoney, and she will likely go for a spell now after a more than handy campaign.

The Chris Waller trained Falago made it three winners for the week on Friday night 22nd February when he took out the Dunmain Handicap (1900m) at Canterbury to record a well overdue win.

After a couple of placings at Kensington and Warwick Farm the son of Fastnet Rock finally put it all together to score a classy 1.3 length victory and is improving with every start.

The victory took Falago’s earnings to $47,885 from one win and three placings from four starts and Chris Waller has nominated the 3yo for the ATC Australian Derby on April 12th at Randwick.

The wins of Ticket To Toorak, Host Me and Falago took our total winners for the season to 27, and made it 10 for the year to date.