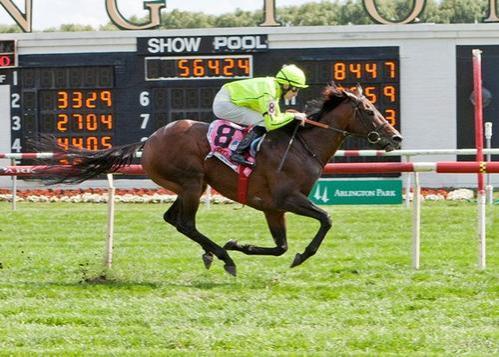 ATB’s Melbourne Cup third placegetter Jakkalberry, who returned to racing earlier this month with victory in the UK, has been retired after suffering a setback this week.

The eight-year-old son of Storming Home won 12 races in four different countries, and was last seen scoring at Wolverhampton less than two weeks ago.

Jakkalberry won the Group 2 Dubai City Of Gold at Meydan in Dubai last March before an injury suffered in the barriers forced him off the scene until his winning return at Wolverhampton.

Australian Thoroughbred Bloodstock’s Darren Dance purchased and syndicated Jakkalberry in Australian interests and said he has been a great horse to ATB and his owners.

“He took his Australia owners on the ride of a lifetime,” Dance said.

“Dubai,America, Royal Ascot and Japan in just over 12 months.”

“He always tried his best in every event and won over $1.5 million in prizemoney in the time we had him.”

“His third in the 2012 Melbourne Cup was our highlight run with him, and we felt like winners that day.”

“After a set back he will go to Stud somewhere in the world to sire little Jakkalberrys, as he is a wonderful athlete, raced the best horses of his generation and has a super pedigree.”

After his Wolverhampton victory he appeared ready to head to Dubai to defend his Dubai City Of Gold crown, but his UK trainer Marco Botti discovered the horse was sore after work this week and the prognosis was not good.

“He came home from his win at Wolverhampton in great form and all was looking set for Dubai, where we had planned to take him to win the Group 2 City of Gold for the second year,” Botti said.

“He returned back from exercise this morning a little sore, exploratory tests have told us that this is the time to call it a day with him. He is fine in himself and in great spirits, but it would be unfair to keep persevering with him.”

“He has been a great horse for all of the team. He ran so well in the Melbourne Cup and this has to be one of the many highlights in his career.”

“He has been a delight to train and we have had some brilliant fun with his supportive owners, Australian Thoroughbred Bloodstock. We would hope to now find him a job as a stallion.”

ATB’s Darren Darren was excited by the prospect of little Jakkalberrys getting to the racetrack.

“It will be hard to resist buying one of his offspring in the future,” Dance said.