Jakks back in a winning way for ATB at Wolverhampton 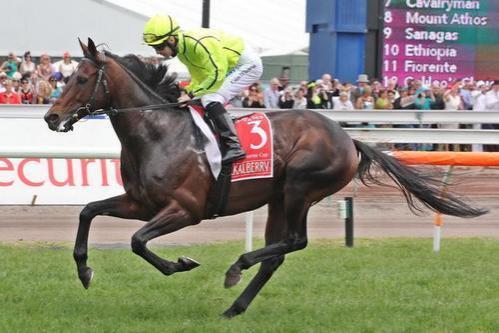 Is Jakk back!!! On a cold winter English evening in January at the Wolverhampton night races was an unlikely venue to see ATB’s star International cup’s horse Jakkalberry resume for the Marco Botti yard.

Jakkalberry, who was a last start winner in the City of Dubai Cup in March 2013, had been off the scene for 10 months with a leg injury, and has been slowly been nursed back to health by his trainer Marco Botti and his expert team.

Marco explained that the horse has responded well to his rehabilitation programme and that he had only decided to start him at Wolverhampton on the synthetic track to test him out, to see if he would physically stand for racing and whether he was mentally still interested in racing.

“It’s always a difficult thing when top class horses are coming off an injury,” Botti said.

“You are never sure. He went in underdone at about 85% which was good enough to win tonight.”

“If he comes through the run well we will send him out to Dubai for the March carnival to try and defend his crown in the City Of Dubai Cup renewal and then maybe onto the Sheema Classic.”

Jakkalberry ran 3rd in the 2012 Sheema Classic and went onto run 3rd later that year in the Melbourne Cup behind Green Moon.

The son of Storming Home is a world class stayer who hopefully can race on in 2014 and a successful Dubai carnival could see him return to Australia later in the spring for another attack on the Caulfield and Melbourne cups.

Jakkalberry has now started 29 times for 12 wins and over $2.4 million in prize money.