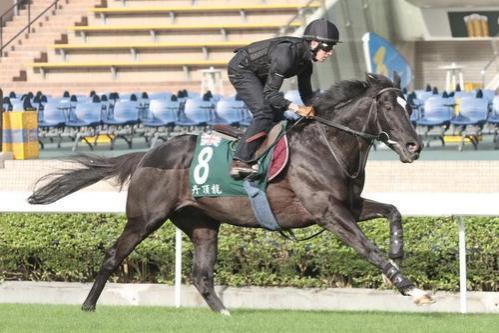 Jockey Damien Oliver is banking on the Melbourne Cup form holding up in the Hong Kong Vase when he rides Australian Thoroughbred Bloodstock’s UK trainer stayer Dandino at Sha Tin on Sunday.

Dandino is one of five horses from this year’s Melbourne Cup who will contest the 2013 Hong Kong Vase (2400m) on Sunday 8th December 2013 on the Hong Kong International Race Day program.

In the past two years Dunaden (2011) and Red Cadeaux (2012) have taken out the Hong Kong Vase in the month after running in the Melbourne Cup.

”I think it just proves that the Melbourne Cup has got stronger and stronger in recent years. So it’s a good form guide,” said Oliver, who rode this year’s Cup winner Fiorente.

Oliver believes the spring form of Dandino is enough to have him right in the mix.

”I haven’t had a good look at the field yet, but just on his form he’d have to be a great chance,” Oliver said.

Dandino’s trainer Marco Botti was most impressed with the ride of Oliver aboard Fiorente in the 2013 Melbourne Cup and when the star jockey called Botti on the advice of ATB’s Darren Dance, he secured the ride for Hong Kong.

”I rang Darren Dance first and he suggested it would be worthwhile giving Marco a call,” Oliver said.

‘‘He (Botti) was impressed with my ride in the Melbourne Cup and he was keen to have me ride the horse.”

Oliver rode State Taj to victory in the 1994 Hong Kong Cup before scoring back-to-back Hong Kong Sprint victories on Falvelon in 2000 and 2001 before those races were elevated to Group 1 events.

Dandino ran 5th in the 2013 Caulfield Cup when ridden by Craig Williams and 5th in the Melbourne Cup when piloted by English hoop Ryan Moore.

Oliver was impressed with both runs and was buoyed by the great run of Dunaden in the Japan Cup late last month, running fifth after an 11th place finish in the Melbourne Cup.

”The form from the Melbourne Cup is looking good with Dunaden running so well in the Japan Cup,” Oliver said.