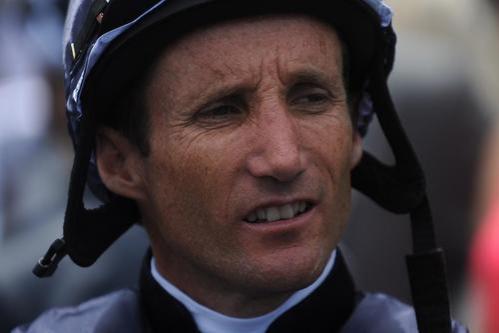 The man who partnered Fiorente to Emirates Melbourne Cup victory seven days ago was today confirmed as the rider for the Australian Thoroughbred Bloodstock-raced Dandino in the Hong Kong Vase at next month’s Hong Kong International Raceday.

The Dandino mount became one of the prized rides once it was announced connections would be replacing Ryan Moore, who partnered Dandino into fifth position in the Melbourne Cup, and ATB’s Darren Dance said Oliver’s professionalism and form played their part in him winning the ride.

“We had a chat to Marco and decided to go with either a Hong Kong or Australian rider for Hong Kong,” Dance said.

“Marco obviously watched the replay a few times to watch Dandino and he no doubt saw Oliver’s ride on Fiorente and told me he was impressed.”

“He’s riding like a man possessed, so it’s good to have him.”

Dandino will go in search of what would be a deserved feature in the 2400-metre Hong Kong, which will be run on Sunday 8 December.

He was one of the unlucky runners in the Melbourne Cup, when shuffled back to near last rounding the home turn before working home solidly to finish just 3.5 lengths from the winner.

At his only other start of the Spring Racing Carnival, in the BMW Caulfield Cup, when ridden by Craig Williams, he again didn’t have the clearest passage before storming home to finish second behind Fawkner.

The way he recovered after the Melbourne Cup confirmed his spot in Hong Kong.

“He’s perfect,” Dance said of Dandino, who will remain at the Werribee Quarantine Centre until 24 November. “He’s come through the race like he’d hardly been around.”

“He lost eight kilos – he lost seven after Caulfield – but he’s put that back on, he took the inoculations in his stride and he’s done very little work the last week and freshened right up.”

Following the Hong Kong Vase, Botti will set his sights on the Dubai World Cup meeting in March with Dandino before preparing for a return trip Melbourne for next year’s Spring Racing Carnival.