"He dropped a bomb on them alright" - Detonator Jack 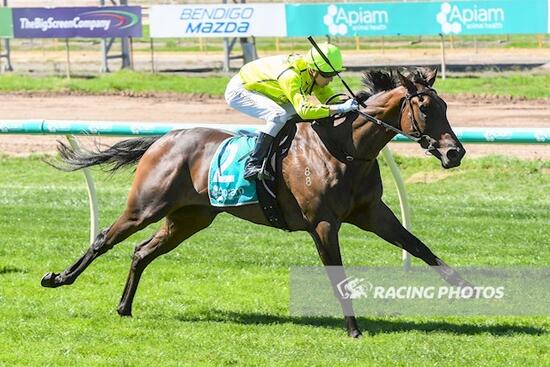 "He dropped a bomb on them alright!"

With those words sounding from the race-caller's box of Rick McIntosh, 3YO gelding Detonator Jack raced to an easy debut victory in the Sheahan's Plumbing Maiden Plate over 1400m at Bendigo.

Under the guidance of Harry Coffey from the outside barrier, the son of the ill-fated Jakkalberry settled midfield, three wide without cover before exploding to a three length win.

"Good ability, has a good motor, hardly blew, so we've got a lot of stamina."

Despite the ease of the win Coffey explained he was very raw and would have found again had he been challenged.

"He switched off late, but that's just about rawness. If something had come near him, he would have gone again."

Showcasing their ability to get a horse ready to win, the Ciaron Maher & David Eustace team have been patient and meticulous with all his preparation's to date.

With races like the South Australian Derby on the radar, today's win puts the 3YO classic fair and squarely on the agenda.

Purchased in 2021, Rennie also sought out tough stayer Yogi as well as filly Raise The Colours for ATB owners.

Detonator Jack's connection with ATB goes back through his sire Jakkalberry, who carried the fluro colours to third place in the 2012 Melbourne Cup behind Green Moon.