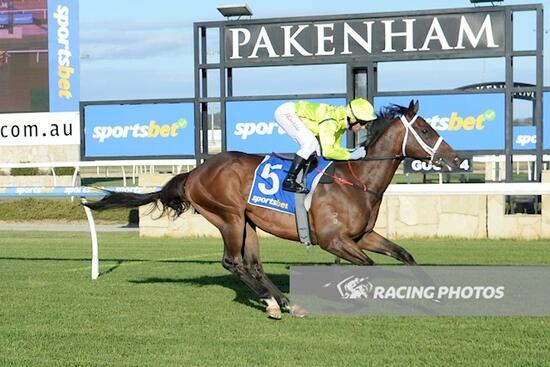 The 3YO homebred was a dominant winner of the Momentum Gaming Maiden Plate over 1400m at Pakenham on Thursday evening.

Brett Prebble was afforded a comfortable ride, landing just behind the leaders before extending in the home straight for an easy six length victory.

A patient journey, including being gelded and an initial one start preparation for a third placing over 1100m, has allowed the son of former city-winning mare Black Velveteen to mature and develop into a lovely horse.

Stokes first-up placement over 1400m, shows there is plenty of scope going forward, distances out to 2000m should allow him the opportunity to develop into a city level galloper.

For now, Stokes indicated post-race on Racing.com that allowing the horse to go through his benchmark grades is best for his grounding.

It was an exciting win for the breeders, especially those who stayed in the ownership, well done, it is always exciting to see a first foal winning so early in a career.

ATB have shares available in another homebred, a yearling colt by Crackerjack King to be trained by Tom Daberbig, click here for more information.