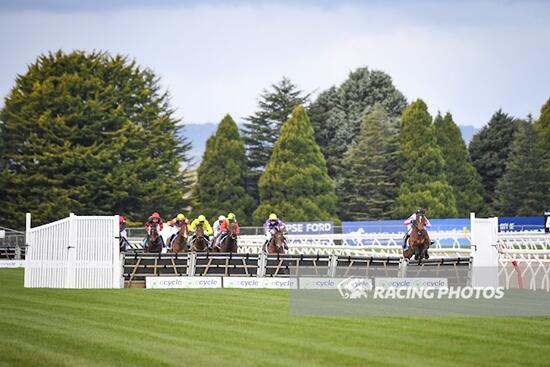 This story is about a horse that lives up to his name, rising time and time again to prolong his career.

Periscope is far from our most gifted galloper - but the 7YO son of Raise The Flag is definitely proving to be one of our most resilient.

Normally a career consisting of 28 starts for one win would have been cut short by ATB standards at least a dozen runs earlier, maybe more.

But one run almost three years ago has spared the lovely natured gelding time to still be racing now.

In a stirring battle down the Warrnambool home straight in October 2018, a horse called Vow And Declare defeated him in a 2381m maiden by half a length.

At the time, little did we know what would unfold down the track.

To fast forward the story timeline, when Vow And Declare won his 2019 Melbourne Cup, Periscope was one month into a year away from a racetrack.

He was spelling at Manningtree Park, but more than likely as a retired racehorse.

After Darren Weir's disqualification in early 2019, he was transferred to Paul Preusker, where stifle and leg issues held him back from anywhere near the form he had previously shown.

The almost jealous known fact that he ran a Melbourne Cup winner to a narrow margin, meant his owners agreed to Darren Dance's suggestion that a long spell may give them some chance of racing again.

He was afforded over six months just to chill out and be a horse.

No discussion on a trainer was even mentioned, Darren just wanted him healthy again.

For some time he appeared disinterested and dull in his coat, it appeared he was done and a new forever home was on the cards.

That was until one morning a display of buck-jumping and tearing around his paddock took the eye of the boss.

Darren knew he was feeling great and ready for another crack at being a racehorse.

After some discussion, it was decided a small stable with day yards and a quiet environment close to the beach was needed.

Warrnambool based trainer Pat Ryan fitted the bill and was offered the horse.

A rehabilitation preparation went smoothly and come October 5th, 2020, almost 12 months since his previous run, Periscope was back under saddle at Echuca races.

The relief for all was after the race, he came through it well after an encouraging 7th first-up over 2124m.

The day all his owners were hoping for, finally arrived at Hamilton, defeating his rivals by five lengths - ironically almost twelve months after Vow And Declare captured our greatest handicap race.

His subsequent run was a poor one, and it was decided he needed a break after a long preparation.

The Hamilton win vindicated another preparation with the hope he could lift to another level and maybe reach mid-week level over 2600 or even out to 3000m.

He returned to racing in April this year, the ever consistent gelding placing five times from ten starts.

But the reality was stark, he was purely a low level bench mark flat horse that could win every now and then.

That win was becoming elusive and another flat racing preparation was unlikely next year.

One part of his training that Pat noticed he loved and was good at was jumping logs up at the pony club near the Warrnambool racetrack.

Encouraging the owners to go down a jumping path was the only hurdle, but it was thumbs up all round.

Jumping equestrian logs led to schooling, and before we knew it, he had his ticket to jump in races.

He was a natural clean jumper with glowing reports coming from two of the best jump's riders going around.

Tom Ryan was full of praise in his first trial, before the legendary Steven Pateman loved his second trial and committed to riding him in a maiden hurdle if circumstances allowed.

Forgoing the last 'bush' hurdle meeting at Coleraine, Periscope's only remaining chance at a hurdle start this season was on Grand National Steeplechase Day at Ballarat yesterday.

For reasons outlined above, Pateman was committed to the Ciaron Maher & David Eustace trained Raise You Ten.

With only one chance, the race was pivotal in assessing what happens next season, it was D-Day for Periscope and his owners - an ordinary performance was going to make it tough to shape up for another preparation.

Up Periscope it was, rising to the challenge, beating home all runners, except for, yes you guessed it - Pateman and Raise You Ten.

Raise You Ten looks a genuine star in the making, the stable already have next year's Galleywood Hurdle at the Warrnambool May Carnival as his target race.

His brave, albeit seven length second showed why Pateman and Ryan both liked him as a jumper.

He may not reach the same heights as the winner, but his clean jumping and undeniable grit gives him every chance to make it as a good level hurdler and in time maybe a chaser over the bigger fences.

Nothing has been discussed with his owners about next season, but it will take a brave boss to hint on anything but racing on.

With Pat Ryan a diehard May Carnival devotee who enters everything except his family during the three days, it could turn around the scene of his 'infamous' second placing on the flat with success over the jumps.

With COVID under control and owners allowed back on course, it paints the picture of a very big day.

It would be akin to a Melbourne Cup for all involved, especially the little fella with a big heart!