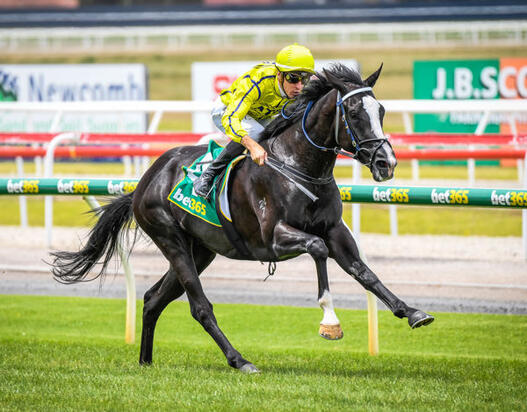 The betting suggested the Mitch Freedman-trained Adandiman was primed for a big debut at Geelong on Sunday and he didn’t disappoint with a bold front running display to earn the honour as the first winner for his sire Dandino (GB).

In danger of being caught three-wide, Jordon Childs took the initiative in sending the stylish brown colt to the front.

Still with a double handful rounding the home turn, Childs had plenty of horse underneath him when asking for the supreme effort.

There was a lot to like about the way Adandiman put his opponents to the sword. He was strong to the line in defeating Ski Zoom (Niconoise) by three lengths with Handshake (Dundeel) a further three-quarters of a length back in third.

“He’s a nice progressive stayer. We had him down as a possible derby horse in the spring because he had that nice, relaxed attitude,” Freedman told Racing.com.

“When he got to the front today he was travelling within himself, he’s got a really nice, long stride.

“I think the stallion (Dandino) might make it; he hasn’t goy too many on the ground.

“He has a nice staying future ahead of him and excites me a little bit.

“The South Australian Derby was a pretty hot race last year, and the Tasmanian derby is coming up too quick. If we can get to a St Leger or something like that who knows. We will see how he goes. If he is not ready to do it we won’t do it, but I think he has a nice staying future.”

A homebred for Darren Dance and partners, Adandiman carries the fluorescent yellow silks of Australia Thoroughbred Bloodstock who purchased his dam Mumbeilly for $80,000 at the 2010 NZB Select Yearling Sale.

A winner at Ballarat and Pakenham, Mumbeilly placed six times on metropolitan tracks.

One of 35 live foals from the first crop of Dandino (GB), Adandiman is the first live foal of the daughter of O’Reilly who hails from the family of the grand racemare Silver Chalice whose six Group wins are headed by the Group 1 WRC Thorndon Mile.

The victory of Adandiman will be welcomed at Esker Lodge who will consign a half-sister by popular first crop sire Pariah to the Inglis Premier Yearling Sale (Lot 203).

The impressive Adandiman is sure to focus interest on his sire Dandino (GB). The high-class son of Dansili was as tough as they come.

Campaigned in England, the USA, Canada and Australia, Dandino (GB) won nine times from 37 starts from 1800m to 2700m and placed in 18 Group / Stakes races.

The winner of the Group II Jockey Club Stakes at Newmarket, Dandino (GB) announced himself to Australian fans with a fighting second behind Falkner in the 2013 Caulfield Cup.

Beaten just over three lengths when fifth in the Melbourne Cup, Dandino (GB) became a permanent resident in Australia the following year, closing out his career with a win in the Group II Queens Cup at Flemington. 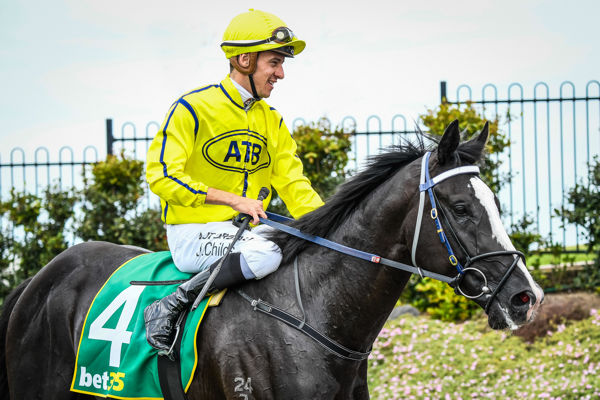