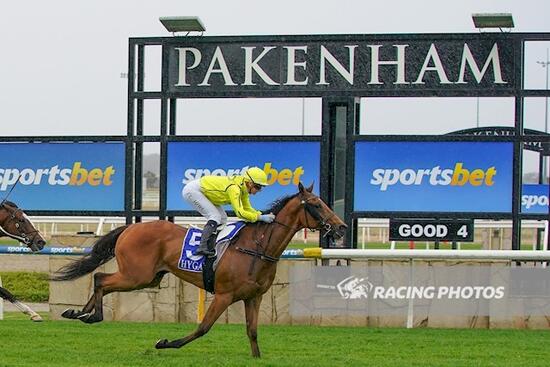 Sirius Suspect will head to the Group 3 Standish Handicap in winning form after a dominant effort at the Pakenham Cup meeting on Saturday.

On straightening for home it was apparent he had plenty in reserve and kicked clear before holding off all challengers by just over one length.

Trainer Saab Hasan has always had the Flemington New Years stakes race as his number one target, and after two super runs this preparation has the horse in a good space.

A very tough & honest racehorse since he making his debut in January 2018, the weekend's victory was his seventh from 24 starts for just over $387,000 in prizemoney.

Australian Thoroughbred Bloodstock cater for all budgets and own a share in every horse that they syndicate.