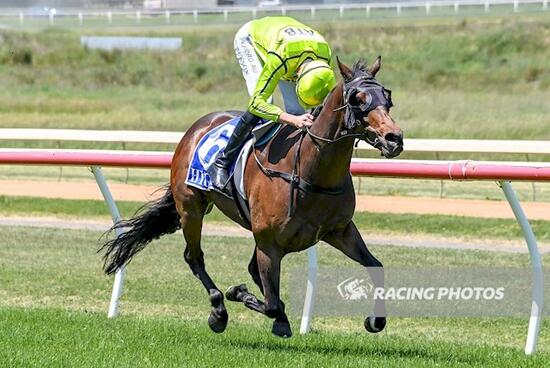 After a long wait, patient owners were rewarded when Periscope broke his maiden at Hamilton on Tuesday.

With champion jump's jockey Shane Jackson in the saddle he easily accounted for his rivals in the 2200m Highweight.

But contrary to the ease in which he destroyed his opposition, the journey after a promising start to his career has been anything but smooth sailing.

Many disappointments, mainly through recurring injury have littered the 839 days from debut to winning.

As a 3YO, he was sent to paddock with sore shins after a promising fifth at Terang on debut under trainer Darren Weir.

Returning to racing in September of 2018, he embarked on a promising, but winless campaign that included a close-up second behind Vow and Declare.

Unfortunately the next twelve months read totally different for the pair that quinellaed a Warrnambool 2381m Maiden in October, 2018.

Vow And Declare went on to win Australia's most recognized race in a driving Melbourne Cup finish, while Periscope had five starts for one placing under the care of Paul Preusker after Weir's disqualification.

Injury played its part in this poor form and at the time retirement seemed the best scenario.

With Vet's suggesting the same, he was sent to the paddock at Manningtree Park.

Less than a month after this decision, Vow And Declare won the race that stops a nation - it was a hard pill to swallow considering Periscope's career was seemingly over.

But the Cup win lit a fuse and was enough for ATB boss Darren Dance to convince owners to give the horse a chance beginning with a very long spell.

And being by Raise The Flag, time wasn't an issue as the breed generally get better with age.

No time frame was given, Dance just wanted to see how the horse recovered and what zest he may have left for racing after an extended break.

For months on end he was 'just a horse in a paddock' using Dance's words.

Then one day a change was evident about eight to nine months into his paddock time - galloping around, bucking and showing signs that he was feeling good and more importantly injury free.

After Vet checks and getting the all clear from RVL to return to racing, he was sent to Warrnambool trainer, Patrick Ryan based on the good work he had done with another injury-prone galloper Penthouse Playboy.

It was a day by day, week by week, month by month ritual, but he kept improving without any signs of going sore.

Four runs into his preparation, after two close-up second placings, Periscope delivered a win that was seemingly a dream not so long ago.

It wasn't a Melbourne Cup, but the satisfaction for all involved, especially Darren Dance was extra special.

His thoughts were for all his owners, as these decisions to bring horses back into work can go pear-shaped, but this one was well and truly vindicated.

Come join us and by purchasing a racehorse share in one of our listed yearlings by clicking here.