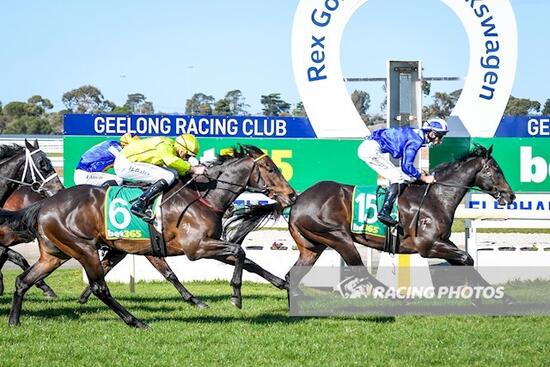 The 3YO son of Crackerjack King settled back near last before unleashing a strong finish to narrowly go down in the IGA Liquor Maiden Plate over 1400m.

After drawing barrier 14, the plan for Declan Bates was to ride him quietly and let him run home.

And run home he did - in another few strides he would have run past eventual winner Tanaawol.

Ballarat based trainer Archie Alexander has always had a nice opinion of the colt, but his efforts certainly exceeded expectations.

His next target is a 1600m Maiden at Ballarat at the end of the month.

Should he keep improving, 3YO classic races culminating in the VRC Derby are not out of the question.

It may seem like a dream, but when you look at where the first four placed runners in last year's Derby started their careers, anything is possible.

The winner, Warning was unplaced at Ballarat, runner-up Southern Moon was also unplaced at Warrnambool, while Soul Patch was a Ballarat winner on debut. Reluctant who was just behind the placed brigade, kicked off his career with a fourth at Echuca.

With very stout bloodlines he has a terrific chance to excel over a trip.

For Australian Thoroughbred Bloodstock's Darren & Liz Dance any progression to stakes level could prove to be a great fillip for Crackerjack King whom they stand in conjunction with Dr Kim McKellar and wife Liz, at Wyndholm Park, Miner's Rest.

A Group One winner overseas, the son of Shamardal narrowly missed similar racetrack status in Australia when third in 2014 Underwood Stakes behind Foreteller when racing in ATB colours.

With the first of his progeny showing nice racetrack ability, it's the hope of a classic performer that can propel his stud career along a similar line of another Shamardal star, Puissance De Lune.

The dream for all involved in Crackerjack Prince is that he can at the least do the same for Crackerjack King. 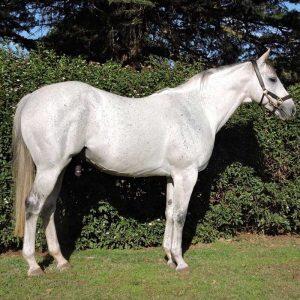 Crackerjack King (above) stands for $6600 - a link to his website page is below.

If you would like to experience racehorse syndication, Australian Thoroughbred Bloodstock have shares in racehorses to suit all budgets.