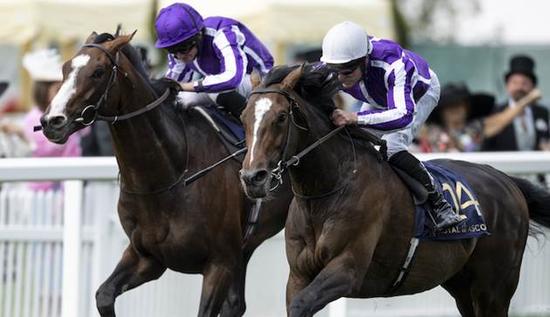 Ciaron Maher Racing will attempt to win successive heats of the Banjo Paterson Series with European imports when South Pacific makes his Australian debut at Caulfield on Saturday.

A winner over beaten Caulfield Cup favourite Constantinople during Royal Ascot 2019, South Pacific will contest the open handicap over 2000 metres that is the final heat of the Banjo Paterson series.

Damien Oliver has been booked to ride South Pacific on Saturday, and currently trails Craig Williams by six wins as he pursues a record-equaling 11th Melbourne jockeys' premiership.

He was runner-up from three of four juvenile starts in Ireland before winning his maiden second-up during his three-year-old season at Naas over 2012m.

The son of Galileo was defeated in a three-year-old handicap over the same distance at the same venue on May 11 by Dadoozdart, and that horse was unplaced from two Australian starts at Flemington during the autumn.

South Pacific secured the biggest win of his career when he defeated Constantinople with a 5.5kg advantage at the weights in the King George V Stakes (2406m) during Royal Ascot 2019.

He raced once more as a three-year-old, getting back and never entering the call when sixth of eight runners in the G1 Goodwood Cup (3219m), finishing alongside Southern France more than nine lengths behind Stradivarius.

Maher, who trains in partnership with David Eustace, prepared Lord Belvedere to win the penultimate heat of the Banjo Paterson series over 2540m at Flemington last Saturday.