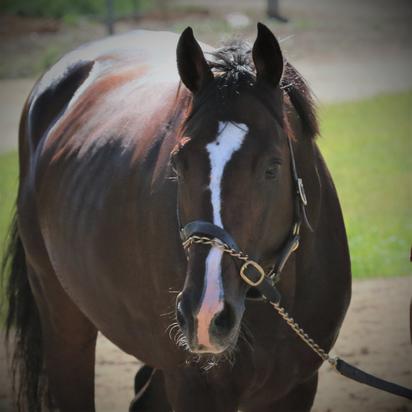 A frustrating start to 2020 will hopefully change as Australian Thoroughbred Bloodstock looks to add its banner horses to an unlucky trio of summer performers.

Five runner-up cheques at city meetings during January, including three defeats by less than a head has tested the patients (and pockets) of many ATB owners.

Igniter trained by Robbie Griffiths featured three times and literally has his hoof right on the till. The 4yo son of Snitzel is in super form and a program that will see him contest races over 2400m looks right in his wheelhouse.

Saab Hasan's sprinter Sirius Suspect kicked off his summer program with a narrow defeat down the Flemington straight and Write Your Name for Archie Alexander defeated all but Group galloper Conqueror at Caulfield on January 4th.

Sirius Suspect already has three city wins on his resume, with plans for more maybe including a tilt at the Group 3 Shaftesbury Avenue over 1400m at headquarters. A BM90 over 1200m on February 15th is his immediate target.

Write Your Name has since disappointed at Caulfield, but a little freshen up will hopefully see him return to his best.

Old favourite Yogi, returned after an injury-enforced lay-off at Caulfield ten days ago with a solid effort over 2000m when beaten less than four lengths.

He will improve greatly from the run and with the Adelaide Cup heading a few possibilities it is great to see the 'Bear' back in the fluro colours.

Southern France (photo) was brilliant winning the Zipping Classic in November after disappointing in the Melbourne Cup.

A high profile overseas purchase, the 5YO stallion's program could see him in Sydney for the Autumn, but not before an Australian Cup tilt at Flemington on Super Saturday in March.

A trial at Geelong over an unsuitable 1200m last week was very inconclusive to how well he is going, but with none of his four career wins under distances of 2400m this wasn't totally unexpected.

His preparation may kick off this weekend in the Group 3 TS Carlyon Cup at Caufield over 1600m.

The forgotten horse among the ATB stable is Social Spin and if he can fully recover from a few little issues he is a seriously good city galloper.

This time last year he was being aimed at the Australian Guineas after wins at Flemington and Caulfield before injury curtailed those plans.

His preparation under the guidance of Matthew Williams for the Mick Price & Michael Kent Jnr combination has been faultless and he should commence racing later this month.

When you add in a list of handy benchmark performers, expectations are that the ATB winners are about to start rolling in 2020.

If you would like to own a share in a racehorse, you can make that experience affordable through racehorse syndications with Australian Thoroughbred Bloodstock (ATB).

ATB have budgets for everyone.