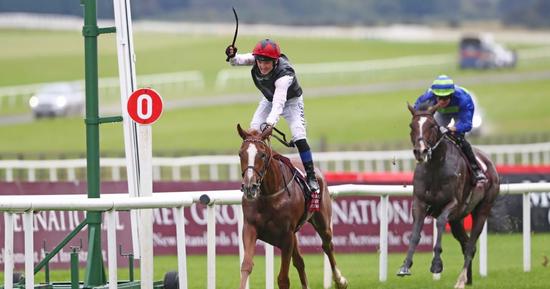 Australian Thoroughbred Bloodstock's latest International galloper Southern France franked his trip to Australia to contest this year's Melbourne Cup with a bold third placing in the 2019 Irish St Leger at the Curragh on Monday morning (EST).

After weeks of negotiations by ATB's Darren Dance, a deal was struck allowing the St Leger to be the first taste of race day action for the new ownership group.

The owners include clients of Ciaron Maher, among them long-time owner Colin McKenna.

Maher, along with his training partner David Eustace will now take over the training of the colt. He will race in McKenna's colours.

On the weekend, Aidan O'Brien saddled up Southern France for the final time in the St Leger.

Settling just off the pace he finished strongly in what looks to be a super form race for this year's Cup.

Exciting filly Search For A Song won convincingly after a mid-race move, but Southern France crossed the line with Kew Gardens just nosing him for second placing and last year's Cup winner Cross Counter back in fourth position.

It was an excellent Cup trial.

The next steps will be a quarantine period, before he arrives on the final Cup shipment for Werribee on October 13th.

The countdown has began to that first Tuesday in November and from now until then plenty of excited owners will circling the calendar in anticipation of achieving every owner's dream. 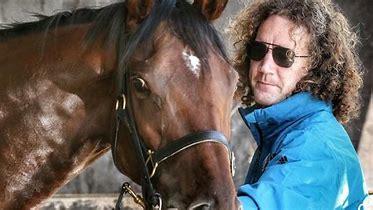 If you are looking to get involved in racehorse ownership and more specifically to race an International horse or any overseas gallopers that may traverse the world stage please contact on Darren 0417 616 666 or by email darren@atbloodstock.com.au.

You can also register your interest with peter@atbloodstock.com.au