Roederer makes it a day of firsts 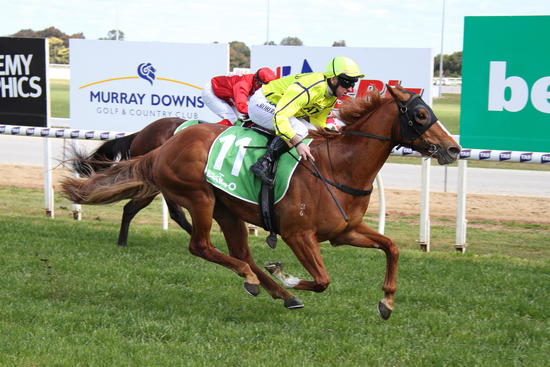 A powerhouse finish by Roederer in the Bet365 Maiden Plate over 1200m at Swan Hill on Monday threw up plenty of firsts with the win.

For the 3yo son of Arrowfield Stud's champion sire Not A Single Doubt, it was his first win when ridden by Craig Robertson who also notched up his first victory in the fluro colours.

An ATB homebred prepared by the breeding arm Esker Lodge, the colt was passed in for $200,000 at the 2018 Melbourne Premier Yearling Sales, before a deal was done with trainer Shea Eden.

It is the first association we have had with the stable and it did not take them long to find the winner's stall once we reached the racetrack.

Plenty of patience has been needed to get to this stage, but now we can see the ability this colt possesses.

For our broodmare More Bubbly (More Than Ready), this is her first foal and excitedly for her breeder/owners, her first success.

Some breeders/owners have enjoyed the journey since the days of racing at Adelaide River & Darwin when Jason Manning trained her in the Territory.

From those days (three wins) to buying a share in her to breed, to producing three foals and now a winner with Roederer - very exciting and rewarding, well done!

She also produced a Written Tycoon filly which sold for $120,000 in this year's Premier sale, while a Hinchinbrook yearling will be prepared by 2020.

Hopefully Roederer can continue to add value to the progeny. 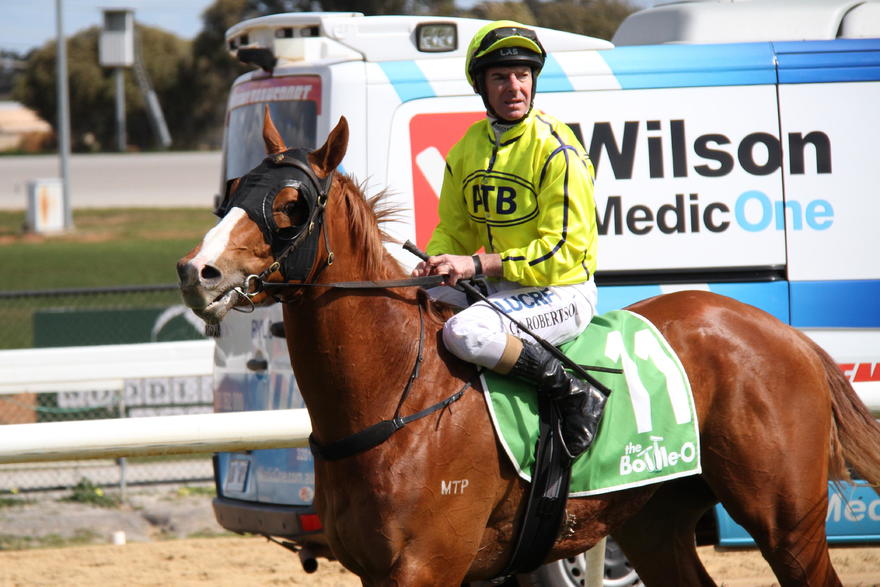 After a reasonable debut in what was a strong Maiden at Sale, the blinkers were applied and the extra 100m on the spacious Swan Hill track looked very suitable.

But the way he won was certainly more than we expected.

Settling back near last, Robbo (above) speaking after the race to Racing.com mentioned the colt was still lazy and needed some reminding that he was in a race.

"He's a very, very laid back colt, very casual, the plan was to be as close as we could, but he sort of sat back in the gates a little bit, never stepped only because he's so casual. I gave him a bit of a dig, then couldn't go much further, then he come off the bridle and sort of went nowhere.

Once he reached the leaders at 50m mark, he powered away to win by more than a length.

Our favourite race-caller Rick McIntosh summed it up best.

"Roederer is emerging, I'll tell you what he is emerging quickly, Roederer on the outside went BANG!!

It was an impressive victory and one that showed he will continue to improve as he steps out in trip.

If you would like to get involved in a racing syndicate, we have horse racing shares available for you.