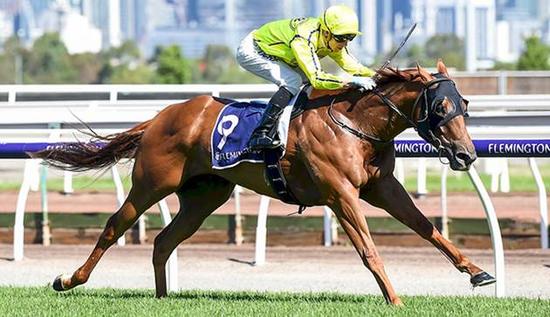 Trainer Robbie Griffiths described Mr Money Bags as 'a fantastic horse' after his 1.75-length victory in the Benchmark 84 race.

"Jye McNeil rode a fantastic race but not a lot went his way - he was three wide without cover and four wide coming to the corner," Griffiths said.

The four-year-old gelding by Written Tycoon has won three races from eight Flemington starts and Griffiths is keen to keep him at the venue.

"He is a Magic Millions horse so the trip to Queensland will be up for discussion," Griffiths said.

"But the Gold Coast can be a tricky track and the horse gets quite hot so I don't know how he'll travel."

Mr Money Bags has raced 17 times for five wins and four placings, with prizemoney beyond the $350,000 mark.