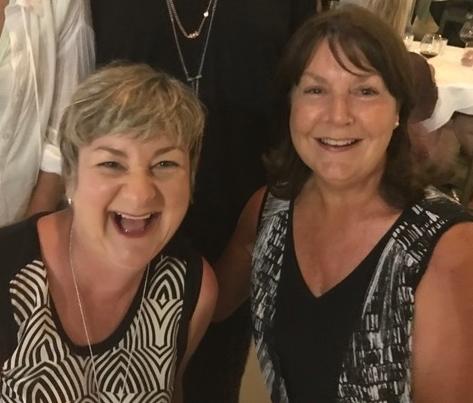 The 2018/19 racing season has kicked off in grand style for Australian Thoroughbred Bloodstock with six winners coming from our first 24 runners.

Joining in on that success is the newly formed racing syndicate Women's Racing.

Coming on board during the past 18 months, Directors Kerrie Canning & Cheryl Disher (photographed) have introduced many ladies into the world of racing, some having ownership experience, but many complete novices.

Condover Hall and Lady Makfi are two horses Women's Racing race in conjunction with ATB and both won their Maidens in what was a big week of celebrations.

Now under the care of Darren Weir, both are starting to realise the potential they have always shown under former trainer Michelle Payne.

Plenty of foundation work by Payne has allowed Weir to fine tune them into winning racehorses.

Condover Hall's first run for Weir was a second at Donald, and with the application of blinkers was able to win impressively at his latest start at Sandown. A beautifully rated ride by Brad Rawiller had him a convincing two length winner.

On Sunday at Cranbourne Lady Makfi was able to do similar at only her second run for the stable.

A first-up run at Geelong was filled with nothing but trouble from barrier one.

But on Sunday, a wide draw and a lovely ride from Damian Lane enabled the 4YO daughter of Makfi to keep clear of trouble and win narrowly but strongly.

Patience is a big thing in racing and while times were a bit testing for the ladies involved hopefully now as both horses continue to develop, many more wins are in store.

Congratulations to all involved.

Our other winners also needed the 'patience' brand, with both Penthouse Playboy and Astrological taking time to find the winner's stall.

Penthouse Playboy has had a few little issues long the way, but his breed being by Pentire suggests that we have a bit to look forward to after a strong BM58 win at Bendigo last Friday.

Following on from a solid Highweight Maiden victory at Moe, the 5YO was given a superb ride by Damian Lane again to land a narrow but strong win.

From seven career starts he has now won twice and only been unplaced once, which was at Sandown when fifth at his second race start.

Astrological took fourteen starts to break her Maiden at Mildura last month, but she seemingly has taken plenty of confidence from that win.

Her next start was another solid effort at Warracknabeal, before again landing the prize in a fillies and mares BM64 over 1200m at Cranbourne on Sunday.

John Allen has ridden her the last two wins and described her as a filly at the top of her game.

All six of our winners this season have been saddled up by master trainer Darren Weir.

Let's hope the above success can keep rolling on for all involved!