Crack The Code makes it Three for the Week! 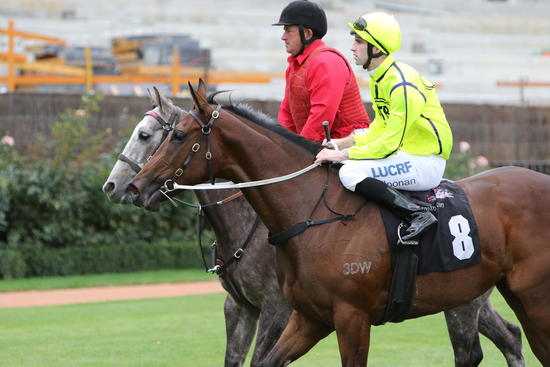 The Mick Price trained filly Crack The Code made it a great week for ATB owners with a strong win in yesterday's Living Legend Graham Salisbury 2YO Plate over 1100m.

Her narrow victory follows wins by American Muscle and Captain Harry earlier in the week, taking our season tally to 29.

After a nice trial win at Cranbourne last month, the daughter of I Am Invincible debuted as a strongly fancied $6.50 chance.

Jake Noonan always had her in a position close to the lead and she dug deep when she had to late.

Runner-up Yulong Mercury looked the winner, but under strong riding the filly responded for a gutsy, albeit narrow win.

A 2017 Magic Millions purchase, the filly had many excited owners on course including 101 year old, Ed Coady.

Not much went right first-up at Beaudesert, but from a good barrier we needed to see a better result. 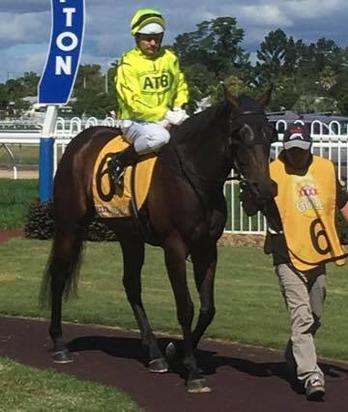 And that we did!

A great ride from Brad Stewart (right) where he used the inside gate to perfection had the 3YO in a striking position the moment they turned into the home straight.

While he did take every bit of the Grafton straight to reel in the leader and second favourite, Moonmo, he did show plenty of grit in doing so.

Big margins back to the third and fourth horses is also a good sign.

Now that he has found the winning post, let's hope he can continue to progress through his grades.

Captain Harry (below) finally broke his Maiden status with a comfortable win in the Est. Martin McGuinness Memorial SV 3YO Maiden Plate over 1200m at Swan Hill last Sunday. 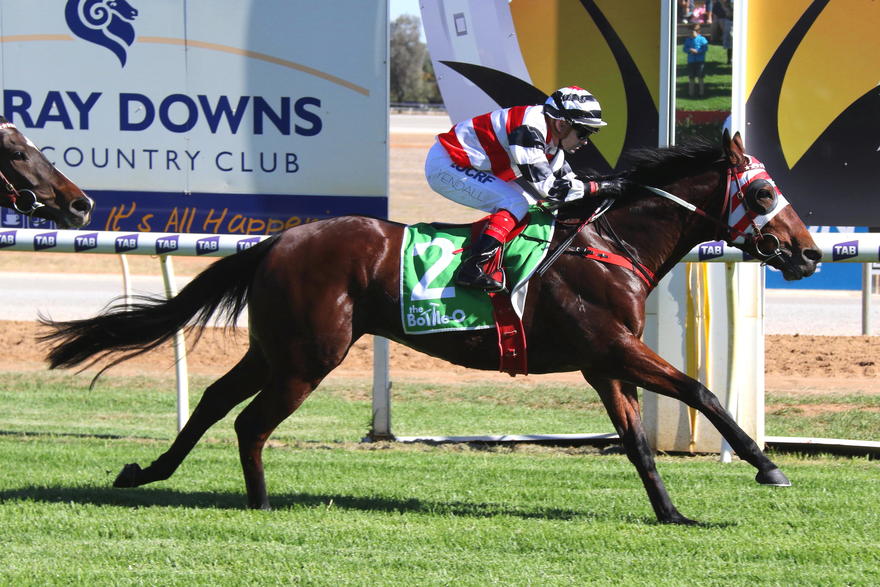 After eleven previous starts, which included close-up placings behind very good gallopers in Peaceful State and Tezlah, the 3YO son of our very good racemare Queenera recorded a strong first-up win.

Dean Yendall had him in a position to strike after 200m of the race and while left in front a long way from the winning post, his condition held out well.

With Super Vobis money on offer, a nice purse of $20,500 was landed for the owners.

Trainer Darren Weir picked out this race a month beforehand and once again his judgement proved correct.

We now look forward to this colt making his way through the grades.

Along with ATB's Darren & Liz Dance, the Gereaux family also bred this colt, when sending Queenera to Commands.