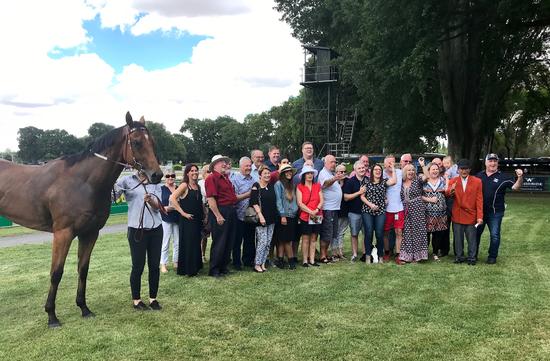 A beautiful sunny day at Kyneton set the scene for a very excited group of owners yesterday.

They had swarmed on the picturesque track to watch their horse Sirius Suspect at only his second race start.

The Darren Weir trained gelding was excellent on debut finishing third in a strong mid-week Maiden at Ballarat a fortnight earlier.

That effort certainly drove hopes of winning despite another strong form race.

And they were not disappointed as the gelding led all the way to win the Agco Finance Super Vobis Maiden Plate over 1200m.

While, according to jockey Brad Rawiller he was a little 'fizzy' heading to the barriers, the 3YO son of Wanted pinged the gates on his way to a comfortable one and a quarter length victory.

It was a great ride by Brad and a well hatched plan by the stable to go forward despite an awkward barrier nine.

The main dangers had drawn wider and on the tight circuit their task was going to be made harder if Brad could take up the early ascendancy.

Despite being annoyed during the middle stages of the race by 150/1 shot, Plenty Of Pluck, Brad was able to hold up and have him travelling beautifully before the home turn.

On straightening he kicked nicely to put the race beyond doubt. 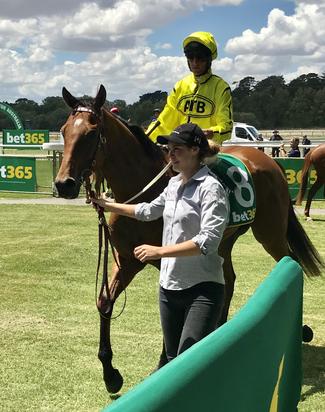 Race favourite, Sunquest and the well-fancied The Party Girl ran home strongly to fill the placings.

Brad mentioned in his post race to owners that the horse felt like he had more to give if challenged.

"As we come into the straight, I always expected him to give a kick, but he did float, like he was waiting a little bit, so I had to ride him pretty hard, but to his credit he held them.

I still think he had a little bit there so that's a good sign going forward."

The win was another great advertisement for getting involved in Victorian bred horses and the Vobis scheme.

Sirius Miss has a 2YO colt by Dundeel under the care of trainer Matt Cumani as well a 2017 Dundeel colt.

Full credit to Darren Weir and his team, the horse has been turned out in great condition and raced accordingly.

While it depends on how he pulls up and Weir's thoughts going forward, a lovely target for him could be a 3YO Super Vobis race over 1200m at Sandown on February 14th.

Hopefully this short snapshot of his career to date gives hope for some exciting race days ahead, he certainly looks to have some 'Sirius' ability.