MONEY IN THE BAG FOR ATB OWNERS 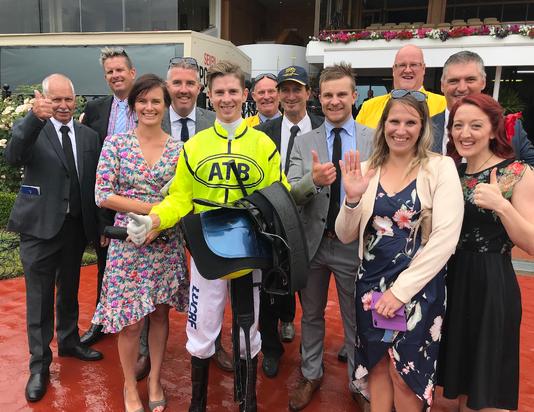 Mr Money Bags completed a great couple of days for Australian Thoroughbred Bloodstock owners with a gritty win in the Rain Lover Handicap over 1400m at Flemington on Saturday.

The Robbie Griffiths trained 3YO son of Written Tycoon was beautifully ridden by Jye McNeil to score a narrow but strong win.

From barrier one he had the run of the race and when the gaps opened he was too strong for race favourite, Crystal Spirit, winning by a long head.

It was a great training performance by Robbie to have the gelding back for the 1400m trip considering the speed battle he was involved in at his previous start over 1700m.

Along with the spoils of victory for an excited group of owners was the financial fill of Super Vobis money bringing home a nice combined purse of $87,000.

From five starts during this his first race preparation he has netted $113,380 with two wins and a placing.

His next mission is likely to be at Caulfield on January 27th in a 3YO Super Vobis BM78 over 1400m.

On Friday at Hamilton we had well-related staying filly Foxlago storm to victory on debut.

After settling well back, the filly balanced up beautifully to fly home under the guidance of country Victoria's leading jockey Dean Yendall.

By Foxwedge, the daughter of De Lago Lass will only get better as she extends further in trip.

Her next target could be at Pakenham over 1400m on February 1st.