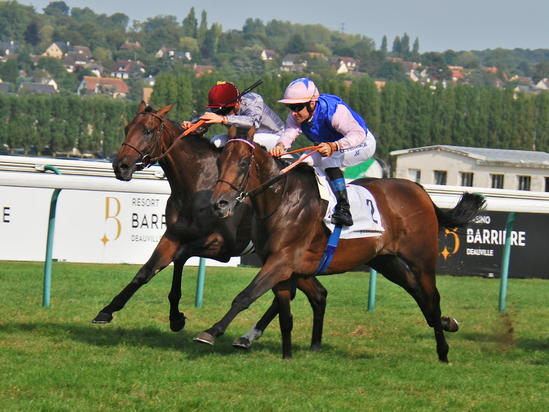 French jockey Olivier Peslier arrives in Melbourne today to assist in the preparation of French import Tiberian for next week’s Melbourne Cup.

Peslier has answered the call from French trainer Alain Couetil to assist with the final preparations of the Australian-owned Tiberian.

Part-owned by Darren Dance’s Australian Thoroughbred Bloodstock, Tiberian has won six of his 17 starts including four of his past five starts with Peslier his rider in all those recent wins.

was set for the Melbourne Cup after his last start win in the G2 Grand Prix de Deauville (2500m) at Deauville on August 27.

Dance believes Tiberian is the right horse to deliver a Melbourne Cup win for Australian Thoroughbred Bloodstock after some near misses with previous imports.

in 2013 and third with Jakkalberry

Tiberian has impressed in his work at Werribee since he landed in Melbourne a month ago.

He will create considerable interest among pedigree buffs as he is by Tiberious Caesar, a little known stallion used as teaser for mares at the Haras du Logis stud in France.

Tiberian is the only foal from the only mating by Tiberius Caesar in the 2011 season. He also produced a winner from his only mating in 2012.

Following these successes he was put to 15 mares this year but his service fee was not monetary. Broodmare owners were required to offer Haras du Logis 50 magnums of champagne.