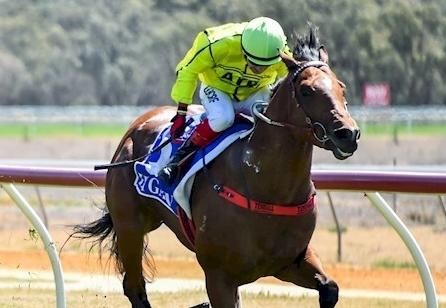 Australian Thoroughbred Bloodstock created its own bit of history with an ownership treble at Mildura today.

The three Darren Weir trained gallopers - Ca Plane, Pique and Misty Sea - all won their respective Maidens to make it a red letter day for the Victorian based syndicating team.

Ca Plane ridden a treat by Dean Yendall started the day with a big form reversal to win the 2000m Maiden by nearly four lengths.

The addition of blinkers and an early move to take up the lead were major factors in seeing the son of Pour Moi salute after a poor effort at Ararat seven days earlier.

Pique started an odds-on favourite, but unlike his stablemate, had to pull out all stops to win by a nose.

Once again Dean Yendall had him positioned beautifully just off the speed and when the horses headed for home he looked like winning easily.

While he only won narrowly, the Super Vobis spoils gave his owners a nice $20,500 pay day.

The third leg of the treble was an impressive win by comeback galloper Misty Sea.

With Jarrod Lorensini sidelined after a fall at Echuca on Monday, Declan Bates was the replacement rider and he didn't let owners down with a superb ride.

After a slow start, he quickly had Misty Sea running fourth just behind the leaders.

It was apparent turning for home that he had plenty of horse underneath him, eventually running away for a three length win.

For Darren & Liz Dance it was an especially pleasing day with Pique and Misty Sea both homebreds, while the polish and placement of Darren Weir once again came to the fore.

Today's treble brings ATB's season tally to 13 at the good strike rate of 18.4%.

If you would like to race a horse with ATB, check the sales page for racehorse shares.