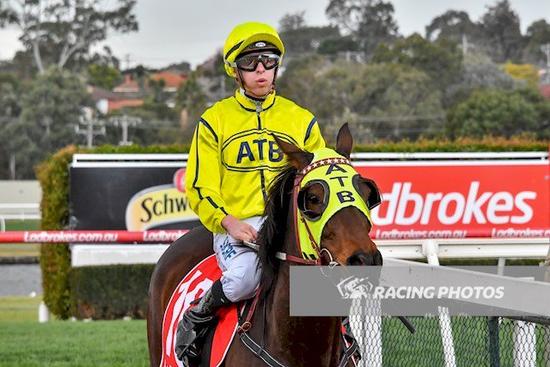 Consistent mare High Lago rewarded her patient owners with a metropolitan win in her swansong appearance at the racetrack.

Up in class and down in weight proved to be the winning formula, along with a positive Michael Dee ride.

After racing outside the leader and runner-up, the Darren Weir trained 5YO edged out the Gai Waterhouse & Adrian Bott trained topweight Cismontane in the Le Pines Funeral BM70 Handicap over 2400m.

Down in weight from the BM64 races she has recently competed in, she had 6.5kg less than the runner-up.

Group placed as a 3YO in the 2016 South Australian Classic, today's win fills the pedigree page nicely considering her pending breeding appointment.

"She's got a date with American Pharoah, so it's worked out really well." explained a relieved Australian Thoroughbred Bloodstock's Darren Dance.

"I thought she was going to run second again in the straight, but she managed to stick her head out."

A half sister to tough stayer Falago (Fastnet Rock), she is also related to other recent city winners We're Sure and Wanted Diva as well as stakes winning mare Rockolicious through her great grand-dam Canny Lass.

ATB clients also have ownership and raced these family members.

A $26,000, 2014 Inglis Premier Sale purchase, she leaves the racetrack a three time winner with just over $92,000 in stake earnings, but seemingly with a richer life as a broodmare ahead of her.

Her date at Stud was a champion racehorse winning 8 Group One races and almost $9 million in prizemoney.

The first American Triple Crown winner in 37 years, American Pharoah will stand the 2017 Southern Hemisphere season at Coolmore Australia at a fee of $66,000 (inc.GST).

He will return home to Kentucky for the 2018 season at Ashford Stud.

Australian Thoroughbred Bloodstock have racehorse shares for sale to suit all budgets.