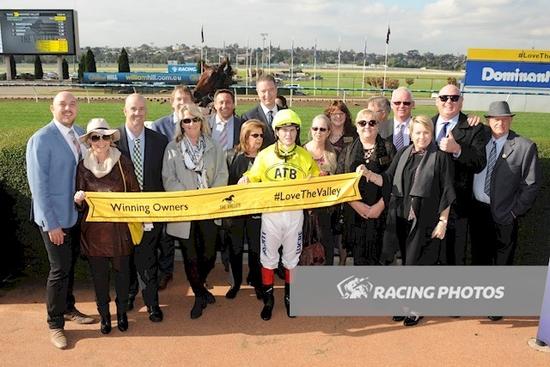 Ridden perfectly by Craig Williams the Wanted filly stalled off a late challenge from the Michael Kent trained Behave to win by a nose.

After winning her Maiden impressively at Cranbourne, she took the next step winning at metropolitan level and looks to have plenty of upside according to Williams.

"I loved the way she quickened and she fought hard when the other horse challenged." Williams explained to Racing.com's Sam Hyland after the race.

Rock Diva has provided plenty of recent highs for some of ATB's breeding clients as Darren Dance explained.

“She’s the third foal we’ve got out of the mare and most of the owners that raced the mare have stayed in this filly,” Dance said.

“She’s good and she’s tough and has come on from Cranbourne."

Wanted Diva's metropolitan win equals the success at that level previously delivered by her half brother & sister.

The ill-fated We're Sure (Not A Single Doubt) won over $170,000 including two city races, while the stakes winning mare, Rockolicious (Fastnet Rock) won over $250,000 during her five win career.

Homebreds are a big part of the ATB regime with 35 mares heading to the very best stallions.

It provides well-bred, well-priced stock for prospective owners to get involved in.

“With the yearling prices the way they are it’s good to have a few at home,” Dance said.

“This way it keeps the prices reasonable and we can get a few people involved.”

The victory of Wanted Diva continued a remarkable run for the Hayes, Hayes & Dabernig combination by landing Lindsay Park's 36th two-year-old winner for the season.

To get involved in an Australian Thoroughbred Bloodstock yearling click here to go to our sales page.