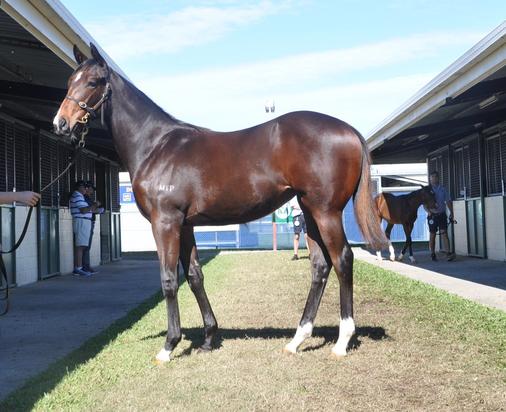 A decision by ATB boss Darren Dance to buy four broodmares in foal at last year's National Broodmare Sale has produced great results for breeding clients during the past two days.

Three of the foals were offered up at the recent Weanling Sale on the Gold Coast, two producing big returns.

While a bad draw meant the Wandjina x Quick Notice filly was passed in for $27,500 as one of the last lots offered, the other two fillies brought in almost $300,000 between them.

The first of our fillies to go under the hammer by Dissident out of Top Classic, (half sister to NZ Group winner Passchendaele), made $150,000. Top Classic was bought in foal for $50,000.

Later that afternoon our Rubick filly made $130,000, the top lot for that stallion.

Out of Chase The Dame (half sister to Gr1 winner Politeness), she was one of two Rubicks to make over 100,000.

Both these results leave all breeding client/owners in a great position, having covered last year's initial cost of purchasing both broodmares in foal.

The breeding element has always been part of the ATB regime, but with Darren wanting to improve all levels of his breeding stock, results like this go along way in helping, while also giving confidence to clients that breeding is another profitable avenue in the racing game.

It shows that with good strategy, good results can be achieved.

All fillies were beautifully prepared by Holbrook Thoroughbreds.