Taiyoo - More than a Racehorse! 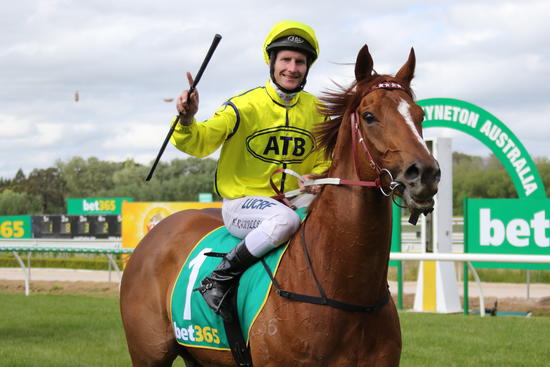 Racing's big wheel will relentlessly keep turning, but for many of us in the ATB family it slowed to a halt at Hobart today.

The loss of our champion racehorse Taiyoo not only saddened us as owners, but also touched many others who were in contact with the big chestnut affectionately called 'Harada'.

Statistically he is the horse we all aspire to own - 14 wins (including a group and listed) and nearly $700k in prizemoney - but he was more than that, he was a gentle soul that not only gave his all on the racetrack, but he gave just as much with his caring and loving nature off it.

Many were drawn to him right from the moment he entered the racing stables as a big raw-boned youngster.

He was loved by all at the Weir stable, but none more than Sho who adored the big fella as his regular loving strapper.

Over the journey many young riders jumped on him without fear and fell in love with him straight away.

He provided many special days at the races for his owners and for all that had anything to do with him.
But we will always remember that beaming smile on Sho's face when her man 'Harada' walked into the winner's stalls.

Unfortunately that all ended in tragic circumstances today.

We thank everyone who played a part in Taiyoo's racing life, Darren Weir, all his staff and especially Sho.

To Maddie Raymond and Brad Rawiller who were in Hobart for his final day at the races, thank you for looking after the big boy until the end.

For all the staff here at the farm, Manningtree Park it won't be the same whether nursing his ailments or watching him gallivant around the paddock as the boss during a spell.

And finally to all his wonderful owners, the Gereaux family, Huddy family and Mrs Peter we feel your pain.

He was an ATB champion to the end, forever remembered not only as our most winning-est racehorse, but a gentleman in every sense of the word!

When we get back on racing's big wheel, a certain part of that cog will be gone - but never forgotten!

RIP Taiyoo - you can now race with the best in the sky!