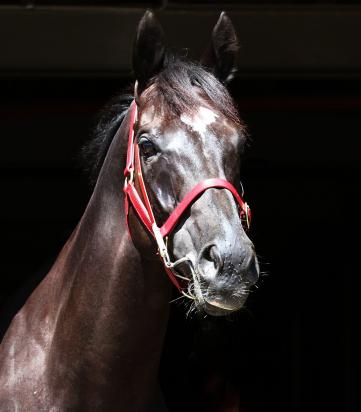 Bombora Downs are thrilled to announce that the internationally performed racehorse Dandino will be standing at the Victorian stud on the Mornington Peninsula in 2016.

Dandino proved himself as one of the best 2400m horses of his time travelling to five different countries and running to an international rating of 115. His highlight win came in the time honoured open age challenge, the Group Two Jockey Club Stakes at Newmarket on Guineas day but it was in the Group One Caulfield Cup under the tutelage of Marco Botti that Dandino exposed his brilliant turn of foot to Australian racing fans. Having drawn a wide barrier, jockey Craig Williams had no other choice but to settle back in the field, whilst the winner took advantage of a split in the field, Dandino went around the outside hitting the line at astonishing speed. Craig Williams said of Dandino; “Dandino had a great attitude and was one of the few horses that I have ridden that was able to accelerate from middle distance through to staying distances at the highest level.”

Upon returning to England, Dandino failed to get the firm track conditions he required and eventually this preparation was ruined by injury. In a testament to his nature, after nearly a year out, Dandino returned to racing under Victoria’s master trainer Darren Weir to attempt to win one of the Cups in his final preparation. A huge run saw him finish just a length away from winning an Australian Group One in the VRC Turnbull Stakes over 2000m. Unfortunately with his time away from the track, the handicapper could not allocate Dandino enough weight to run in the 2015 Melbourne Cup, so the Group Three VRC Queen Elizabeth Stakes on the final day of the carnival was his renewed target. He duly put the sword to a high class field. “Dandino has a terrific temperament and the turn of foot he showed was fantastic, something you rarely see in a horse with his stamina.” Darren Weir. Marco Botti shared Weir’s thoughts “Dandino was a delight to train – a real gentleman in every sense of the word, his class and adaptability enabled him to race with longevity on many different tracks with ease. I am sure he will stamp his young stock with quality.”

Dandino is a son of one of the world’s great sires in Dansili. Dansili himself is responsible for nineteen Group One winners and over 100 stakes winners at a rate of 12% winners to runners. He is an emerging sire of sires through the deeds of Zoffany who was a Champion First Season Sire in 2015. Dansili is the sire of Australian Group One winners Foreteller and Grand Marshal amongst his eleven stakes winners in this country. His full brother Champs Elysees is the sire of international star Trip To Paris who like Dandino placed in the Caulfield Cup.

Chris Blomeley of CB Bloodstock who brokered the deal said of the horse “He is a very good looking horse. He is a beautiful dark brown colour, he is very correct and for a staying horse he looks a type that will have no problem having runners in the spring classics. I think if breeders see him they will book mares.” Christoph Breuchert stud master at Bombora Downs agreed with Chris and noted “We feel the need to give breeders access to staying blood and felt from the moment we saw him Dandino is the right horse.”