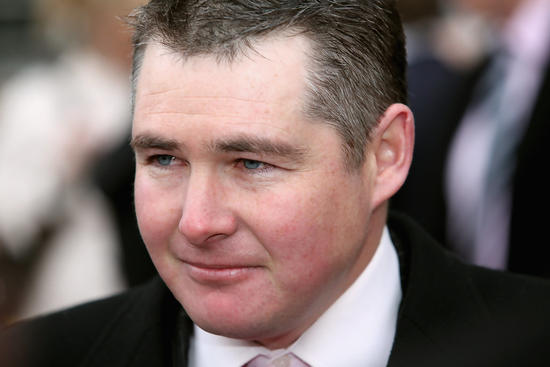 Jason Warren’s experience in racing belies his years. As a trainer, Jason’s greatest asset is a complete understanding and love of thoroughbred horses.

Jason gained his extensive experience working with horses at the revered Eliza Park Stud where he broke in and pre-trained Eliza's young horses. He then set up and ran a highly successful business from Coral Park in Moorooduc where he had a small team of racehorses plus breakers and pre-trainers.

Jason then made the decision to leave behind his business at Coral Park and take up a position with Hall of Fame trainer Lee Freedman.

“ I decided to take a step back. I had a good little business going, but I wanted to learn more. It was a golden era at Markdel with Makybe Diva winning the Melbourne Cups and horses like Benicio winning the VRC Derby".

"My time at Markdel showed me that I had basically been doing the right things in terms of training and feeding the horses. One of the big things I learnt was that the good horses require more hard work than average ones. Lee worked his better horses harder and those horses would come home and eat up, and then he would work them harder the next time. I learned how much you can push a good horse and get the best out of them".

Armed with greater knowledge and renewed confidence, Jason branched out on his own in 2010 purchasing Denistoun Park, a world class private training facility. The winners have flowed and Jason now sits in the top 15 trainers in the State. He has produced a string of good horses headed by his star performer Bel Sprinter.